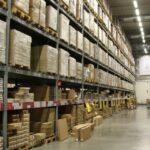 Source: Census Bureau  The total inventories recorded by US merchant wholesalers were $840.3 billion at the end of March, reflecting an increase of 2.3% from the prior month. SPY is down -1.81%, DXY is up +0.23%. The wholesale inventories are now 22.0% above the prior year.The sales of the merchant wholesalers also saw the gain, with a surge of 1.7% from February to … END_OF_DOCUMENT_TOKEN_TO_BE_REPLACED 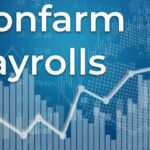 Source: US Labor Bureau The United States nonfarm payroll growth and the unemployment rate were unchanged from the previous month in April, government data revealed. QQQ is down 0.74%, while SPY is down 0.68%. Total nonfarm payroll employment jumped by 428,000 in April, unchanged from the same increase recorded in March.Total private payrolls increased by 406,000, marking … END_OF_DOCUMENT_TOKEN_TO_BE_REPLACED 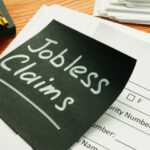 Source: US Labor Department Jobless claims in the United States rebounded in the last week of April, hitting the highest level in 11 weeks. QQQ is down 3.97%, while SPY is down 2.84% Seasonally adjusted initial claims for the week ending April 30 stood at 200,000, marking an increase of 19,000 from the previous week’s 181,000.This is the highest reading in over two months … END_OF_DOCUMENT_TOKEN_TO_BE_REPLACED 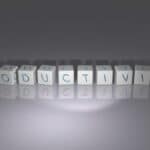 Source: Bureau of Labor Statistics Private-sector labor productivity opened the year with a 7.5% decline, marking the steepest dive in nearly 75 years. QQQ is down 4.34%, while SPY is down 3.12%. The latest drop is the biggest decline in quarterly productivity recorded since the third quarter of 1947 when the reading fell by 11.7%.The decline reflects the 2.4% drop seen … END_OF_DOCUMENT_TOKEN_TO_BE_REPLACED 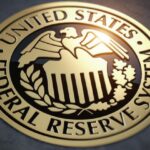 Source: Federal Reserve The Federal Reserve on Wednesday hiked its key policy rate by half a percentage point, with Federal Chairman Jerome Powell hinting at more hikes moving forward. QQQ is down 3.11%, while SPY is down 2.13%. The latest increase will bring the federal funds rate between 0.75% to 1% and the current market pricing rate between 2.75% to 3%.Powell said … END_OF_DOCUMENT_TOKEN_TO_BE_REPLACED