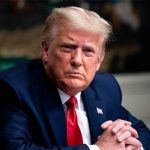 The U.S. Democratic-led House voted 232-197 to impeach President Donald Trump for the second time, according to Reuters. Trump became the first U.S. president to be impeached twice, even as 10 of his fellow Republicans also charged him of “incitement of insurrection.” The House passed a single article of impeachment against Trump following an incendiary speech a week before … END_OF_DOCUMENT_TOKEN_TO_BE_REPLACED